is how the Times summed up Frieze London. Maybe that’s right since one of the very first section of the Fair is the one called “Sex Works”, curated by Alison Gingeras. Is not surprising to see explicit sexual references in art – we all are used to them – but it is quite shocking to have an entire section dedicated to that in such a funny way! In this section, there were galleries which support radical feminist artists such as Brigit Jurgenssen and Marilyn Minter, showing pink rubber penis over a small round cactus, or a penis wearing doll-clothes or several photographs showing genitals. To me, was so much fun and a hilarious way to familiarize with the private sphere of intimacy. 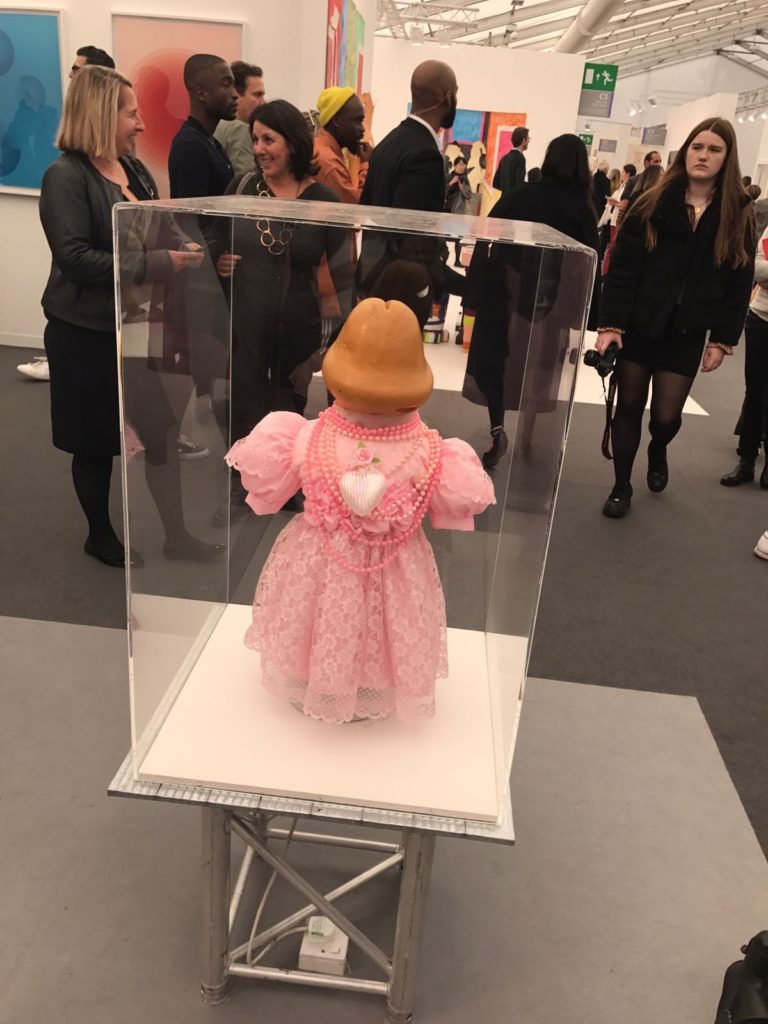 Another interesting aspect of the fair was the connection with the Surrealism made by several contemporary artists who tried to transpose that cultural movement into the contemporary. The result is La Demi-Poupée, a fetish doll with a single breast, arm, and leg, of the artist Hans Bellmer on the stand of David Lévy, which “attracts and repulses” at the same time – as Lévy said in an interview for The Art Newspaper. 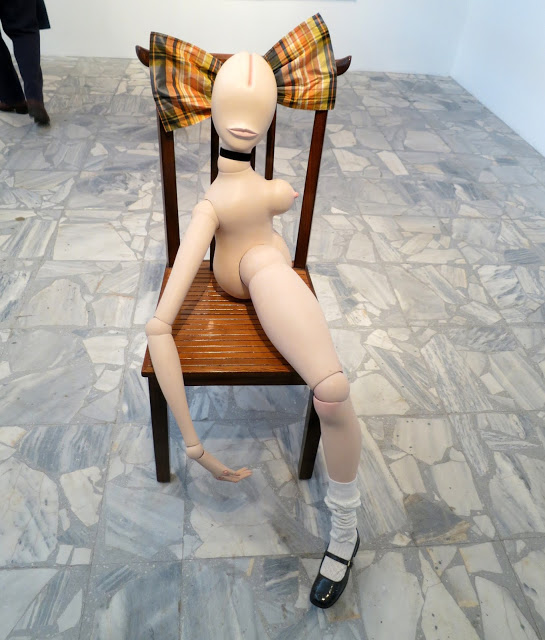 Again, the sculptures of the Czech-born artist Maria Bartuszovà on Alison Jaques Gallery stand, who seemed to make real and touchable the abstract figures of Joan Mirò and Hans Arp’s paintings. 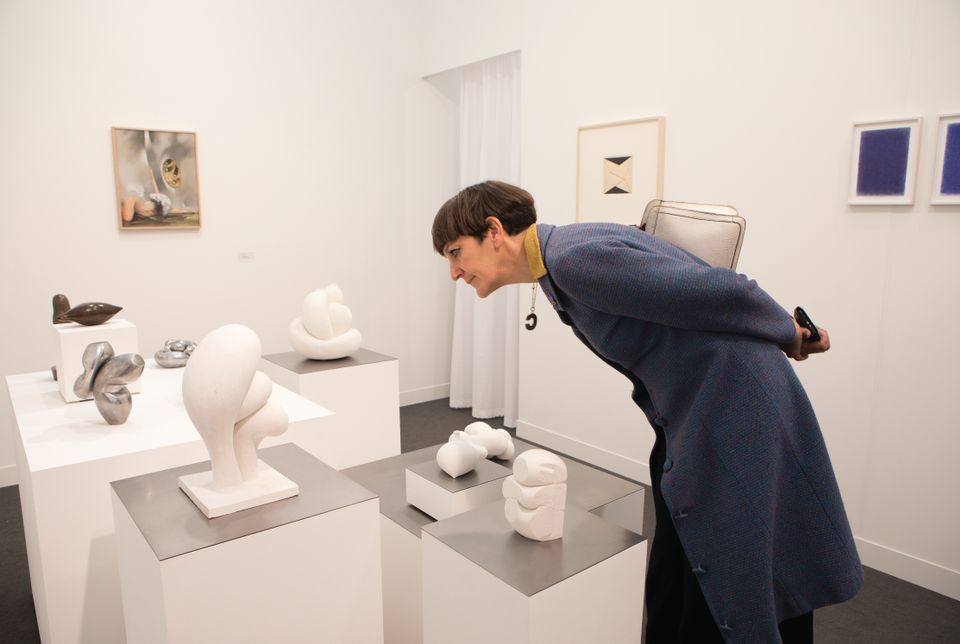 The Surrealist tendency of manipulating the reality was also visible in the marble sculpture of Kevin Francis Grey “the Reclining Nude” (2016) shown by the Pace Gallery.

This feminine figure recalled the “non-finito” technique of Michelangelo, which entraps the figure into a not-ended sculpture. This technique only gives an idea of what is hiding behind the surface, without revealing us the real shape. Maybe is more actual than ever, since it reflects the turbulence of the contemporary society. Looking closely to the sculpture’s details it seems to appear scratches, bites, and the massive marble treated like modeling clay. The result is a suffering statue even if the figure which represents is in an apparently comfortable pose. 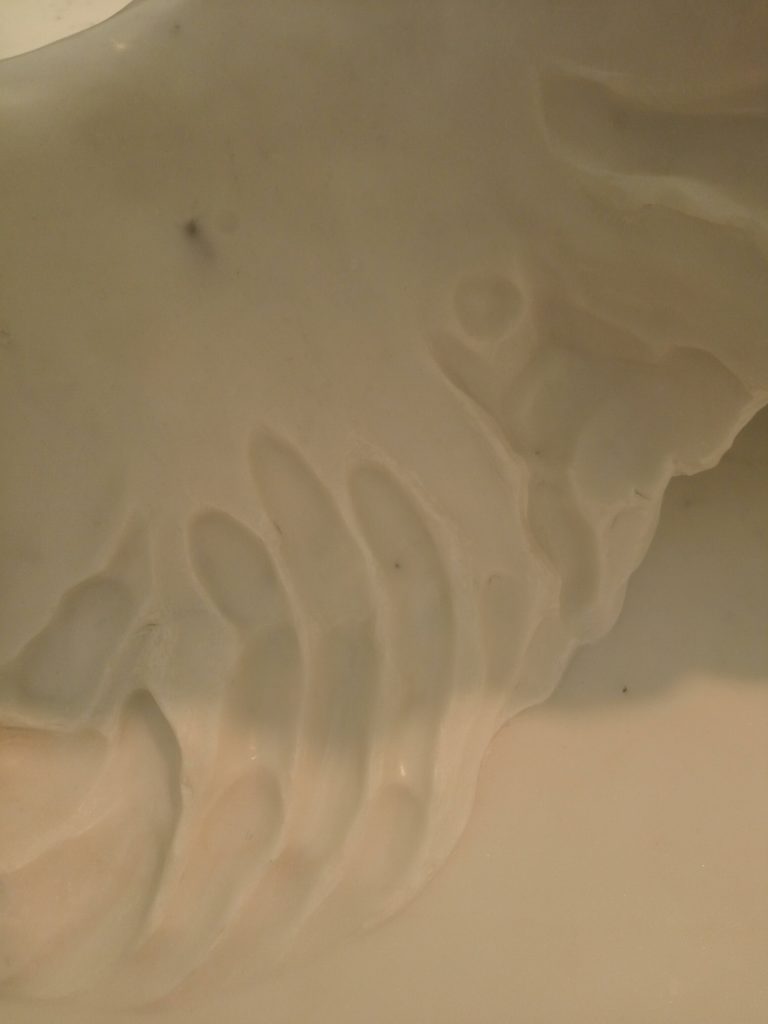 But what I enjoyed the most, actually, was Frieze Masters! Definitely, I felt like Alice in Wonderland surrounded by works of art and masterpieces. First of all, I was impressed by the galleries which showed antiquities: it was like a dive into a history book. I also really appreciated the relationship between old and new art, put in dialogue by several art galleries, such as Robilant + Voena, which exposed a Burri’s paint of 1989 against the Penitent of St. Jerome of the Sixteenth century, and the Fontana’s cuts of the late nineties versus a Pompeo Batoni’s portrait of George Craster (1734-1772). 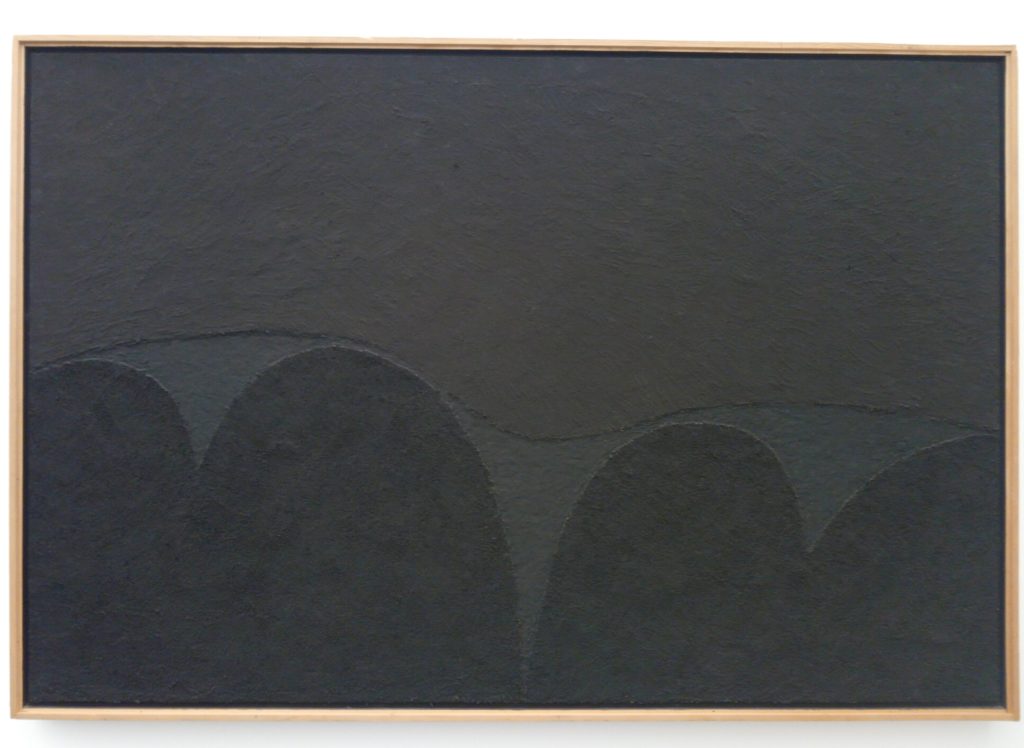 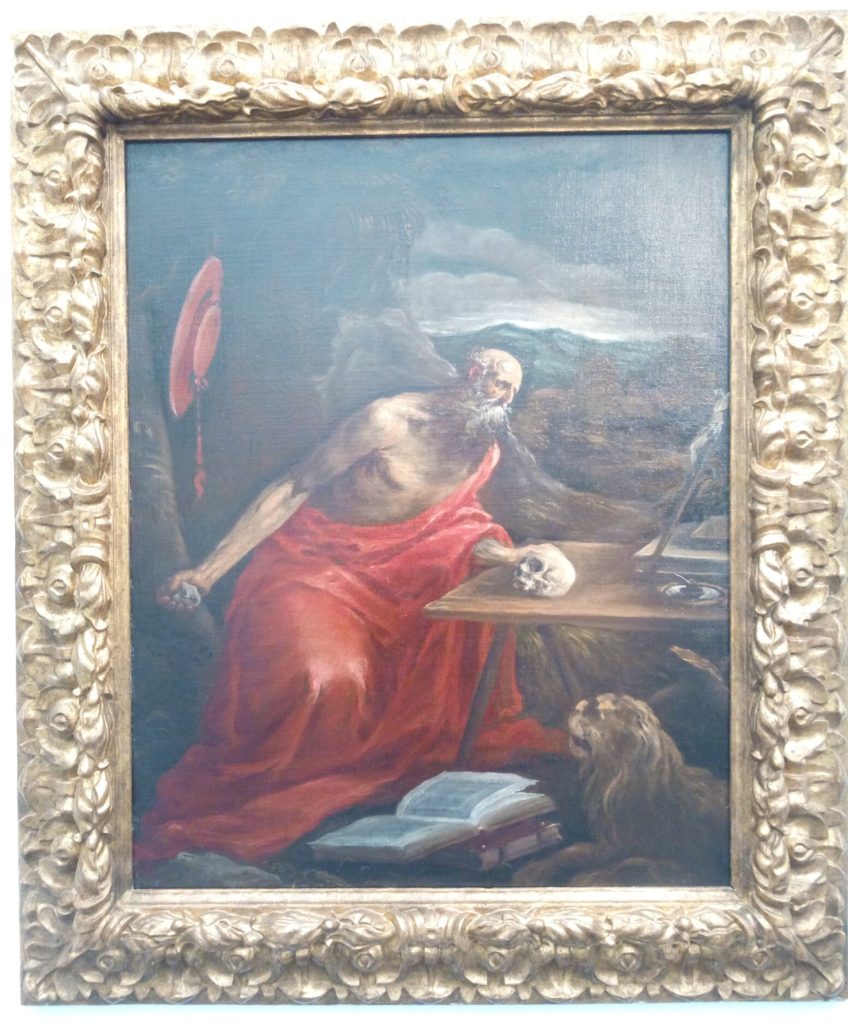 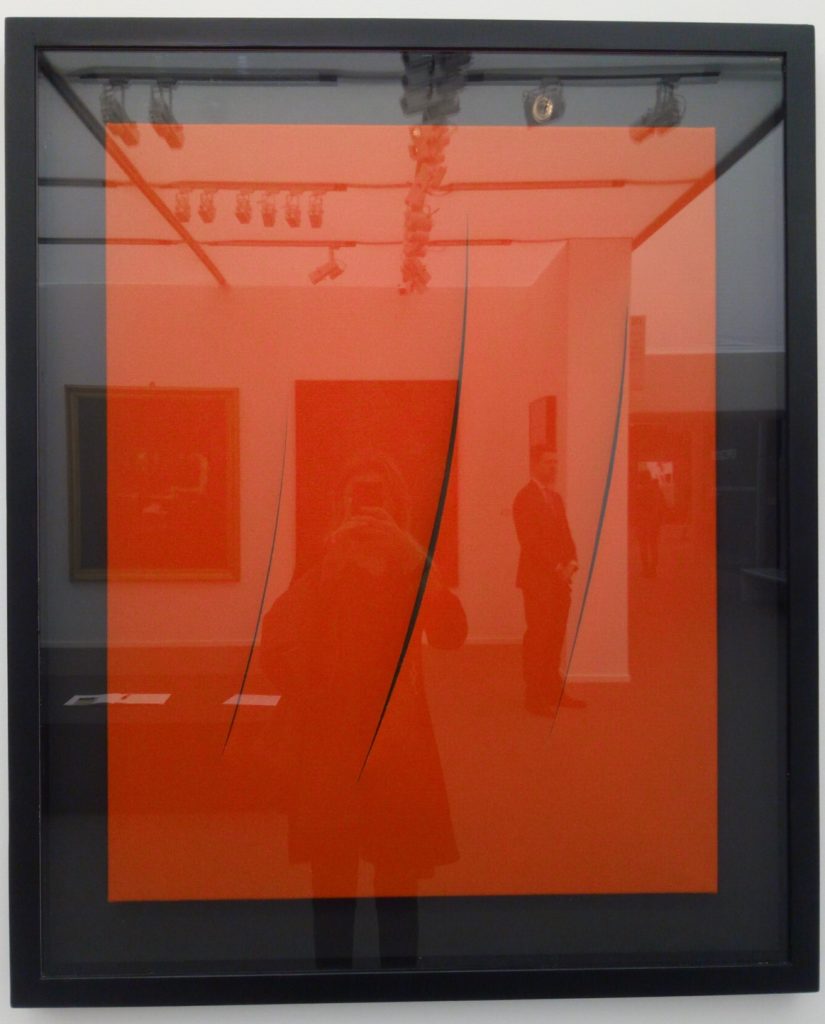 What surprised me was the tribute to Pietro Consagra also made by the Robilant + Voena gallery, which made me feel like there was Milan around the corner! 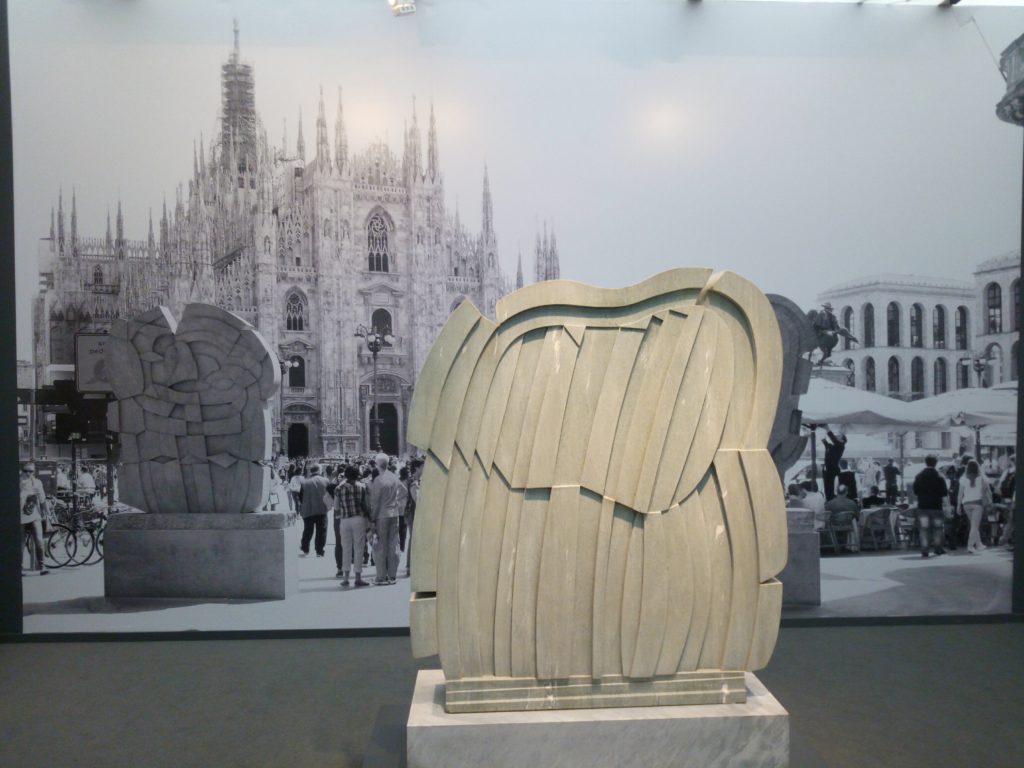 But what definitely shocked me was the booth which represented Peter Blake. It was like a vintage shop together with the studio of an artist. The atmosphere was familiar and it seemed like Peter Blake in person had opened his private studio to join him for a cup of tea while showing his old collection of watches. That was the part I liked the most, and I felt like a child in a candy shop! 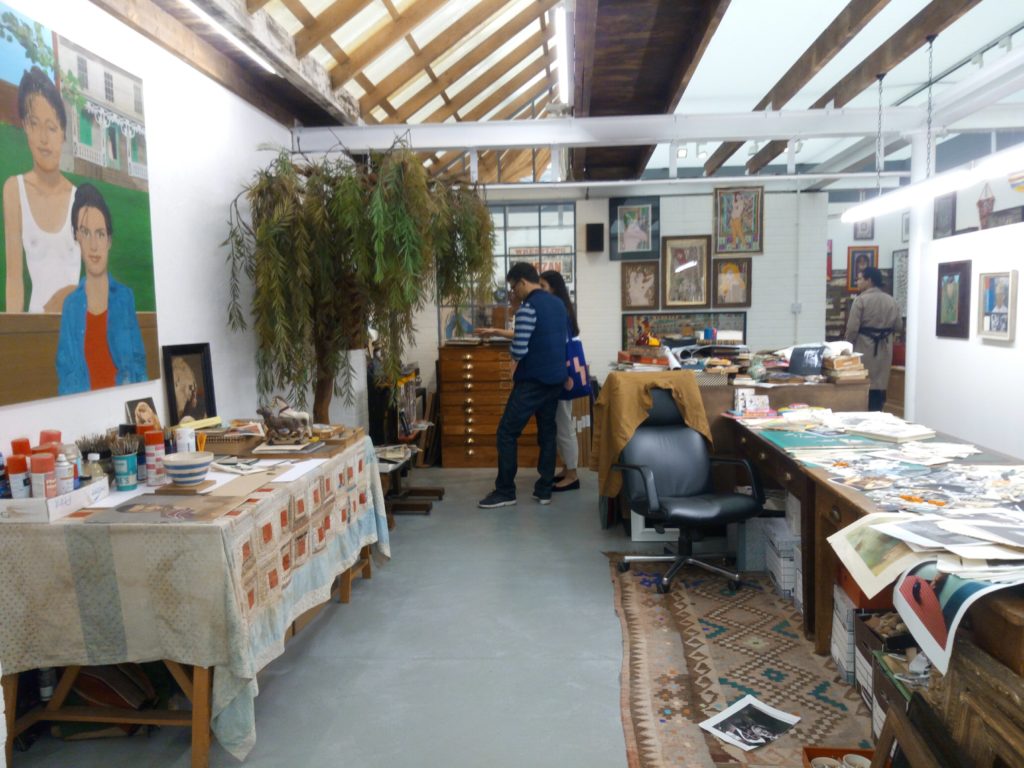 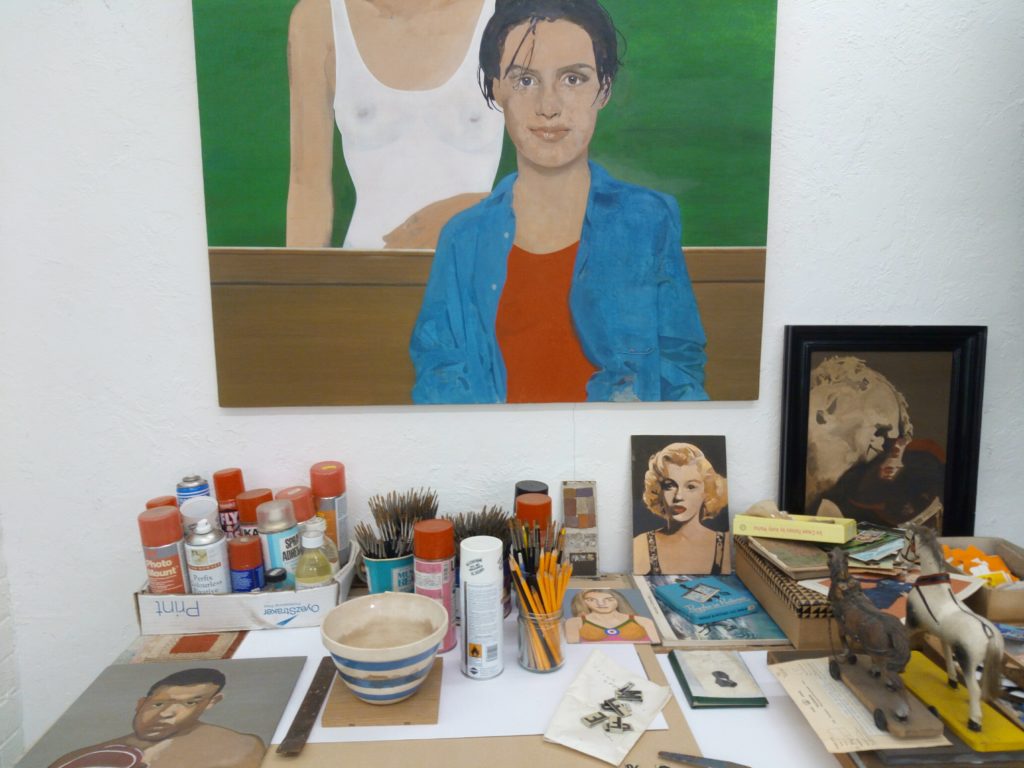 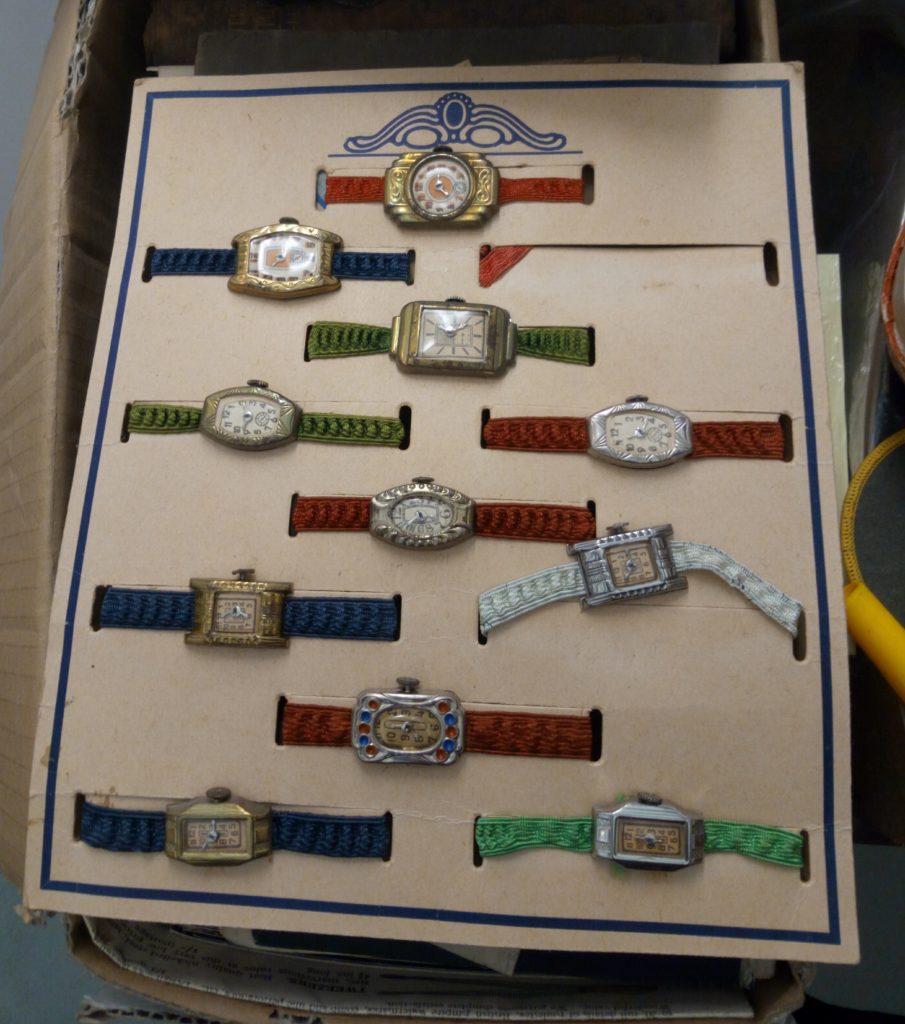 Last but not least, it was awesome to see children running around Regent’s park and playing with the numerous sculptures scattered here and there. I think that art is real and effective only when people can interact with it building memories and emotions. 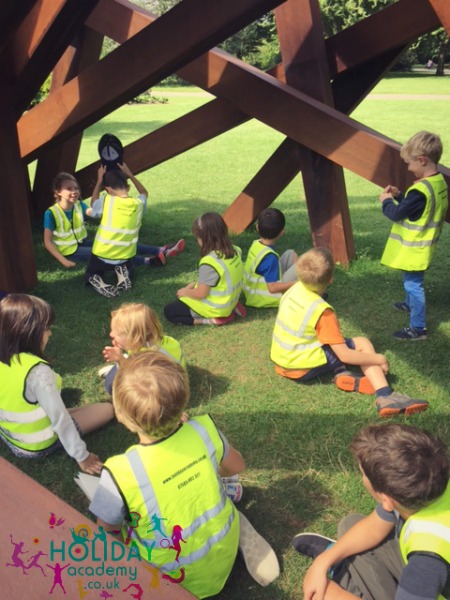